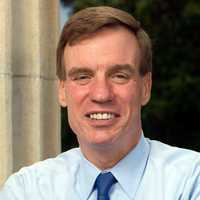 Mark Warner is an American Democratic politician who serves as the senior United States Senator from Virginia. He is the Vice Chairman of the Senate Select Committee on Intelligence and serves on the Senate Finance and Banking Committees. He was Governor of Virginia (2002-2006). Prior to entering public office, he was a technology and business leader. He co-founded the company that became Nextel and invested in hundreds of start-up technology companies. He has advocated for investing in Western-based alternatives in 5G and the adoption of trusted and secure equipment globally. He has been critical of China’s digital authoritarianism.