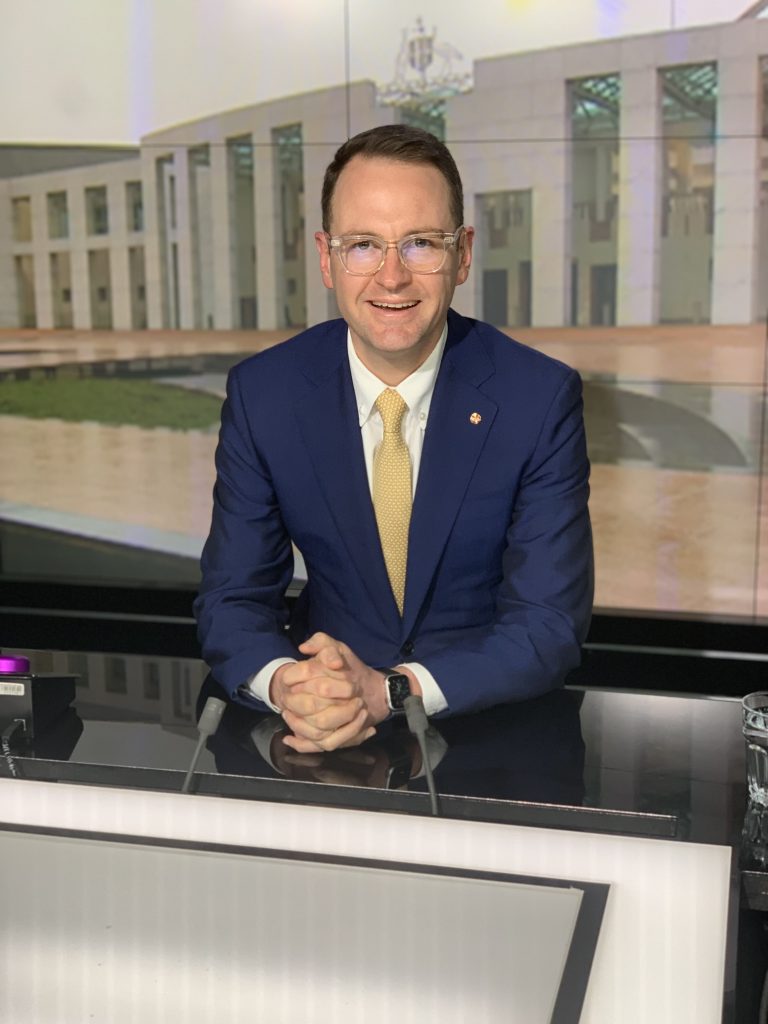 Andrew Bragg is a Liberal Senator for New South Wales. Prior to his election to Federal Parliament in 2019, Andrew was an author and accountant. Andrew started his career as an accountant at Ernst & Young and went on to work in senior roles at the Financial Services Council and the Business Council of Australia.

Andrew was the National Director of the 2017 Liberals & Nationals for Yes campaign in support of same sex marriage which delivered Yes majorities in 71 of 76 Coalition seats.

In June 2020, Andrew launched Bad Egg: How To Fix Super. Andrew wants superannuation to do what it was designed to do – get Australians off the aged pension and reduce pressure on the federal budget. In June 2021 the Morrison government passed reforms called Your Super Your Future that represent the biggest shake-up to super funds since the mandatory system was established in 1992.

In 2021 Andrew was appointed as Chair of the Senate Select Committee on Australia as a Technology and Financial Centre. The Committee’s final report contained 12 recommendations to make Australia a world-leading destination for cryptocurrency. The Former Treasurer Josh Frydenberg largely adopted the Senate’s plan which would protect consumers without stifling innovation.

Andrew believes to advance our nation, Australia must reconcile with Indigenous peoples. Recognising Indigenous peoples in the constitution is an essential part of this process. In 2021 Andrew released Buraadja: the Liberal Case for National Reconciliation.