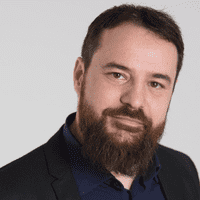 Roberto Rampi is serving a second term as a member of the Italian Parliament. In 2013 he was elected at the House of Deputies for the Democratic Party. In March 2018 he was elected as a Senator and in October 2018 he was appointed to be a member of the Parliamentary Assembly of the Council of Europe. A philosopher, politician, journalist and activist in the cultural sector, he has worked for the communication and enhancement of cultural heritage. He is a former councilor for culture and vice-mayor of his hometown of Vimercate, near Milan. Both in his political involvement and private activity, culture is the guiding principle of his work, owing to his belief in the power of cultural development as a pillar of democracy, peace and prosperity, human rights and positive relationship among different civilizations and religions.