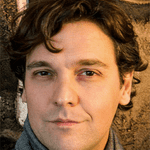 Matteo Mecacci is currently the President of the International Campaign for Tibet (ICT). A human rights expert and former Member of the Italian Parliament and Organization for Security and Cooperation in Europe (OSCE) official he served in the Italian Parliament from 2008 to 2013. As an elected official of the OSCE Parliamentary Assembly, he participated in over 20 OSCE election observation missions, and led two of them in 2012, in Serbia and Belarus. In 2013, before joining ICT, he led the OSCE/ODHIR long term observation mission for the presidential election in Georgia. He has a law degree in international law and from 2000 to 2008 he advised NGOs working at the UN in New York.