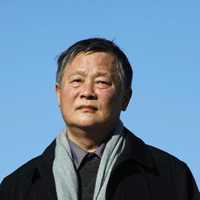 Wei Jingsheng is a Chinese human rights activist who is known for his involvement in the Chinese democracy movement. He is most prominent for having authored the essay, “The Fifth Modernization”, which was posted on the Democracy Wall in Beijing in 1978. Due to the manifesto, Wei was arrested and convicted of “counter-revolutionary” activities, and was detained as a political prisoner from 1979–93. Released briefly in 1993, Wei continued with his dissident activities by speaking to visiting journalists, and was imprisoned again from 1994–97, spending a total of 18 years in different prisons. He was deported to the United States on 16 November 1997, on medical parole. Still a Chinese citizen, in 1998 Wei established the Wei Jingsheng Foundation in New York City (now based in Washington D.C.) whose stated aim is to work to improve human rights and democratization in China.