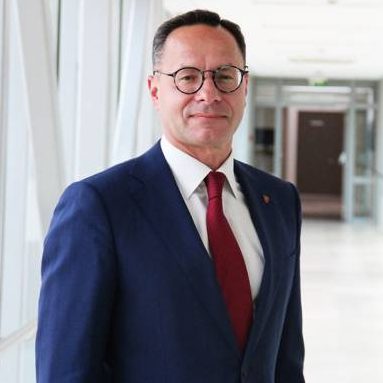 Ambassador Žygimantas Pavilionis is a Lithuanian MP and diplomat. Before his election to the Seimas in 2016, Pavilionis served as Lithuania’s Ambassador to the United States and Mexico. He has led important parliamentary delegations including Lithuania’s Foreign Affairs Committee, the Transatlantic and Democracy Subcommittee and the European Committee. Since 2016 Pavilionis has served as the International Secretary of the Homeland Union – Lithuanian Christian Democrats grouping.